1500s at one time! Landspace conducts four tests on the TQ 10t 10t-thrust-level LOX+LCH4 engine within one week

To assess the engine's coordination and reliability, and the methane autogenous pressurization program, verify the regulation of mixture ratio, optimize the startup and shutdown procedure, and simulate the pre-cooling treatment procedure before the rocket launch, LandSpace used one TQ-11 engine for 4 times of full-system hot-fire tests within one week. They lasted for 10 seconds, 100 seconds, 750 seconds, and 1500 seconds respectively. All were complete success. 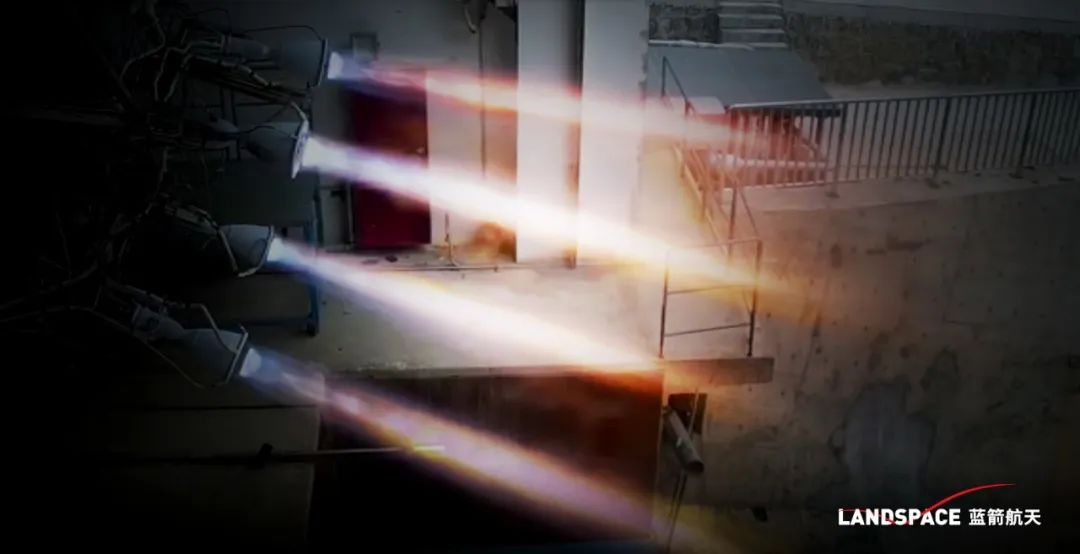 As members of LandSpace’ TQ engine family, TQ-11 and TQ12 adopt a universal design that can power the basic types and the extended types of the ZQ series of carrier rockets. TQ-12 is commonly used by the first-stage and second-stage main engines of a rocket, while TQ-11 is commonly used as the second-stage vernier and third-stage engine. The combination of “80t+10t” meets the requirements for sending various payloads into high, middle, and low orbits, thus significantly reducing production costs. 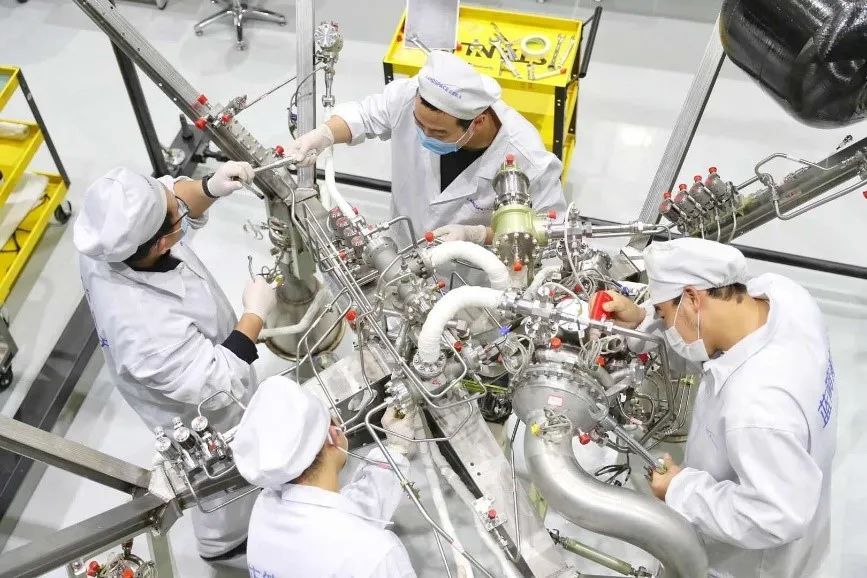 TQ-11 has the vacuum thrust of 8.2 tons and the vacuum specific impulse of 333s. It adopts gas-generator circulation and co-axial turbo-pump, while it is composed of only 1 turbo pump supporting 4 thrust chambers, with a shared valve with the 80t-thrust-level engine. For the subsequent models of the ZQ-2 rockets, TQ-11 will adopt a single thrust chamber with large-area-ratio nozzles, and share such parts as turbo pump and gas generator, and serve as a third-stage engine. 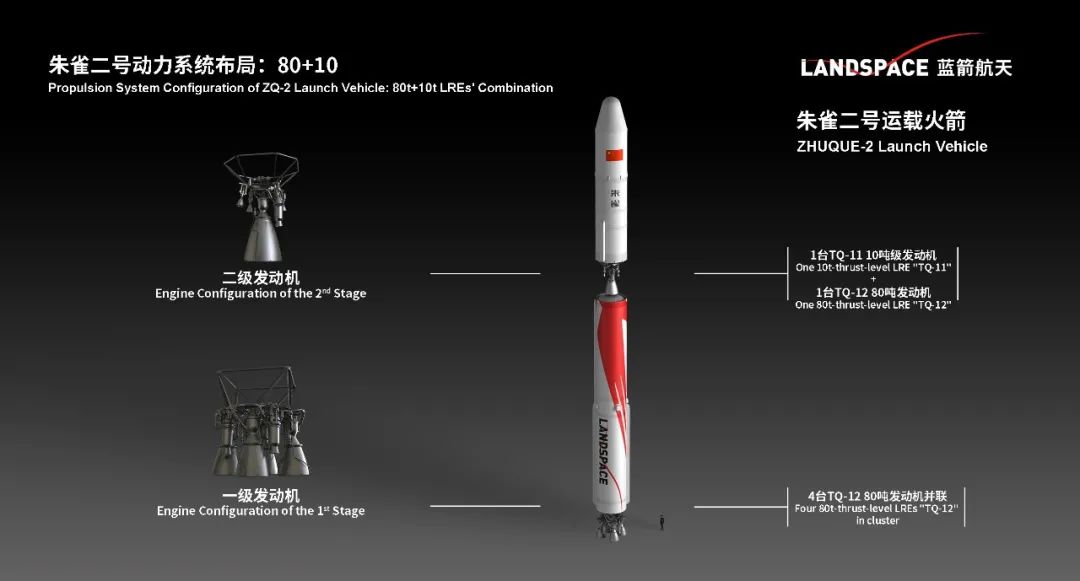 This success shows the development of the ZQ-2 carrier rocket reaches another milestone. In the future, LandSpace will accelerate the ground tests for the two types of TQ engines to ensure reliable propulsion for the maiden flight of the ZQ-2 LOX+LCH4 carrier rocket.